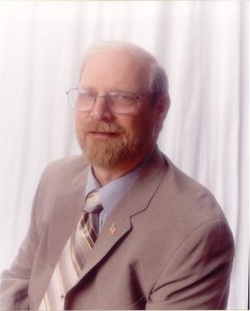 Christopher W. Wilcox, Sr. (known as Will to his friends and co-workers) was born in New Mexico a long time ago. The child of a U.S. Navy aviator, he spent the next several years traveling with his family from New Mexico to Virginia to California. Once his father retired, the family settled in Maryland.

Upon graduation from high school, at the height of the Vietnam War, he enlisted in the Air Force, where he spent the next twenty-four years. Initially in Ground Radio Communications Equipment Repair, he found himself spending time as a Radio Operator Maintenance and Driver (ROMAD). After a while of that duty, he decided it would be somewhat safer not to be calling in air strikes while taking small arms fire so he cross-trained into Communications Programs Management, overseeing the installation of communications and computer systems around the world. Finally at the end of 1994, he retired from the Air Force, settling in South Carolina.

Taking a love for computers to a new level, he began working for various manufacturing firms as their on-site Information Technology support. Now, his "day job" is as the US Regional Coordinator for a Fortune 500 company, covering the northeastern region of North America from South Carolina north to Canada and westward through Michigan, Ohio, and Indiana.

One day, he met a man named Bob Fisher, who happened to be a screen writer, producer, and director. Since they grew up a few miles apart in Maryland, they started swapping stories. At one point, Bob said that he thought Will should take his flair for language and write a book. It started as a simple bet, but three weeks later, the first draft of Æthereal was done. Everyone said you need a literery agent, so Will began looking, sending out letter after letter and getting the same response - silence. Just as he was about to give up, his wife suggested he submit the draft to Whiskey Creek Press, one of the publishers that worked in electronic publishing. A big fan of ebooks, Will took a chance, and the rest, as they say, is history.

"The earliest books I remember reading were Edgar Rice Burroughs books - all of them. His books set up a life long passion for science fiction and fantasy, although I read just about everything. My biggest love has always been for dragons, though. Whether its the evil Smaug from JRR Tolkien's Hobbit or those wonderful partners on Ann MacCaffery's Pern, I always enjoyed dragons the most. What bothered me was that most authors painted them as little more than beasts. The AEthereal saga was born of the concept 'What if dragons were smarter than we are?'"

On the personal side, Will has been married twice, eleven years the first time and over thirty years (and counting) to the second. "Finding Patti was the best thing that ever happened to me!" Will says. Between the two marriages, he has six children, fifteen grandchildren and step-grandchildren, a number subject to change.